Do you want to feel the same thing that movie stars do during a car chase, a Rollercoaster ride or a flight of an armed heavy fighter aircraft? Now you can experience all of that without leaving the house.

Motion Theater is a software that moves you into another world. The world of motion magic that you have never experienced before. Stand next to your favorite main character, take part in the breakneck escape, jump from the roof or fly the jet. From now you can get involved!

Would you believe that movie you have watched ten times before can still have some undiscovered secrets? Turn on motion playback, fasten your seatbelt and let us to take you on amazing journey.

You do not need much to create your one and only motion effects. From now you can feel piercing vibrations as if you were flying helicopter on a dangerous mission. Just create your own motion path and play it.

You can build your unique motion paths in two different ways. First option is to specify length of your motion path. Second one is to load a video that you like – in such case motion path will be fitted to selected media. The concept is similar to audio recording, but instead of audio tracks, there are motion tracks. You can record up to 6 independent motion tracks and up to 4 special effects tracks.. To record motion path you can use any PC joystick or game controller.

Take a seat, launch the latest movie and side by side with your favorite character save the world again! Let us to carry you away into another dimension. It is really simple! Only thing you need to do is to select a motion path file. We will do the rest. 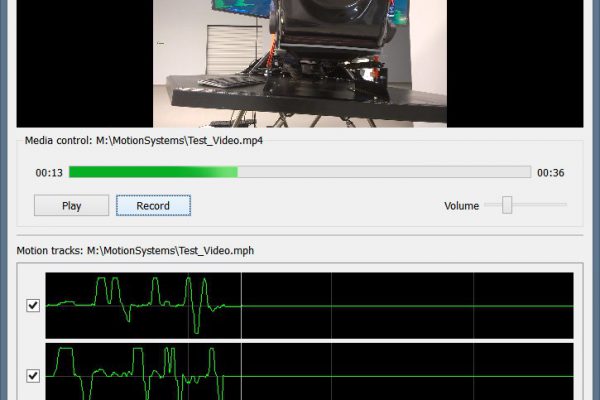 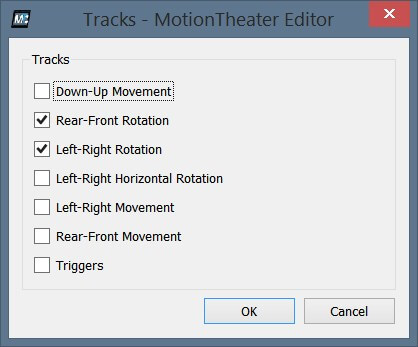 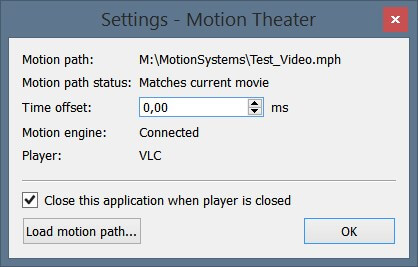 Instead of creating our own video player or embedding 3rd party video player into our application, we decided to build a plug-in for one of the best video players. Using VLC media player allows us to support various kinds of video formats.

The player plug-in forwards necessary data to platform connector and synchronizes motion path with current movie position. It works with every motion platform we offer, starting with simple 2DOF HS-202 and ending with 6DoF PS-6TL-2500.

For professional users we offer Motion Theater SDK. It provides all necessary functions that may be used to create custom motion path player. If you wish to play motion path directly from your application this is what you are looking for! Please refer to documentation for more details. If you have any questions, please contact us for further details.

Do not wait any longer! Become a Lord of motion!

Download Motion Theater 1.9ChangesDownload VLC 2.2.3 (x86)DocumentationBuy it
* Price does not include tax (VAT), customs duty and transportation costs. The information contained in this web page does not constitute an offer in the meaning of the Civil Code of 23rd April 1964.