The new solution that reduces negative impact of VR sickness in the battle lab applications. The users desire a Reconfigurable Cockpit Module (RCM) to serve as a platform enabler of the VR training environment that will allow units and soldiers to conduct realistic, multi echelon, collective training anywhere where it is need.

Motion Systems in cooperation with Military University of Land Forces (MULF) presented a new solution that allows to minimize the negative simulation sickness impact of VR on training process in battle lab applications.
The combination of professional and experienced manufacturer of motion related systems and the University specializing in training concepts for land forces has resulted in the creation of a new, innovative product using VBS3.

The implementation consists of two modules: RCM-C420 (Reconfigurable Cockpit Module) and MIL-203-S1. RCM is a universal and reconfigurable training module, equipped with 3 DOF motion system. MIL-203-S1 is a seat equipped with a 2 DOF seat mover, which is perfect for Serious Games applications using VR goggles and onscreen visualization.

“Working at Virtual Battle space (VBS3) from Bohemia Interactive Simulations, we were able to extract telemetry data of simulation objects and faithfully map the movement of each vehicle with minimal impact of VR sickness for users”. – Michał Stanek, CEO, Motion Systems

Bohemia Interactive Simulations has developed a universal plugin to integrate the simulation environment with ForceSeatPM software provided by Motion Systems. The telemetry data of simulation objects passed to this software enables high-fidelity reproduction of movement for each vehicle in the VBS object library. The flexible battle lab solution has been expanded with additional capabilities such as: quick and reconfigurable training scenarios using the MIL-203-S1 and RCM seats integrated with the motion systems.

The Military University of Land Forces has developed a set of basic requirements for the training system. The training solution was needed to enhance the training functionality and vehicle simulations in mobility, configurability, easy to operate and ability to use in improvised training locations and the use of modern and flexible simulation software such as VBS.

The mobility of these solutions combined with low requirements for work space and power supply (110 / 230V) allow using devices in any location. Motion Systems software has been integrated with VBS3 by universal plugin. The system does not require additional configuration before starting, just connect the motion module to the computer via USB, and it works without additional involvement of an instructor or user. Instructors do not need to specifically configure the scenario or modify objects to use the movement system in the training.

The simulator is designed for tactical training of the Leopard 2 tank crew. As a training tool, the simulator allows:

– Learning how to operate basic mechanism of the combat and the driver compartments of the Leopard 2 tank.
– Gunnery training, including fire adjustments using sights and mechanism of the tank.
– Firing training at crew level (ultimately, after increasing the number of simulators, also at platoon level).
– Conducting tactical exercises at crew and platoon level.
– Conducting force-on-force exercises, thanks to the ability to connect simulators into a network.
– Recording the course of exercises and their evaluation using AAR modules

The crew simulator consist of tank crew stations and an instructor station. The simulator consist of the stations for commander, gunner and driver. Their interior, in teams of equipment and location of the instruments, is consistent with that of a real Leopard 2 tank by implementation of functional mockups of the tank’s devices and touch screens. The use of VR devices is foreseen to upgrade situational awareness and immersion. Use of basic mechanism of the commander and gunner is identical to that of the vehicle’s combat compartments.

The positions of the tank crew simulators are located on RCM-C420 motion platforms with 3 degrees of freedom, separate for the commander, gunner and driver, which replicate the movement of the tank in the field. Four vertical linear actuators are used for each platform. 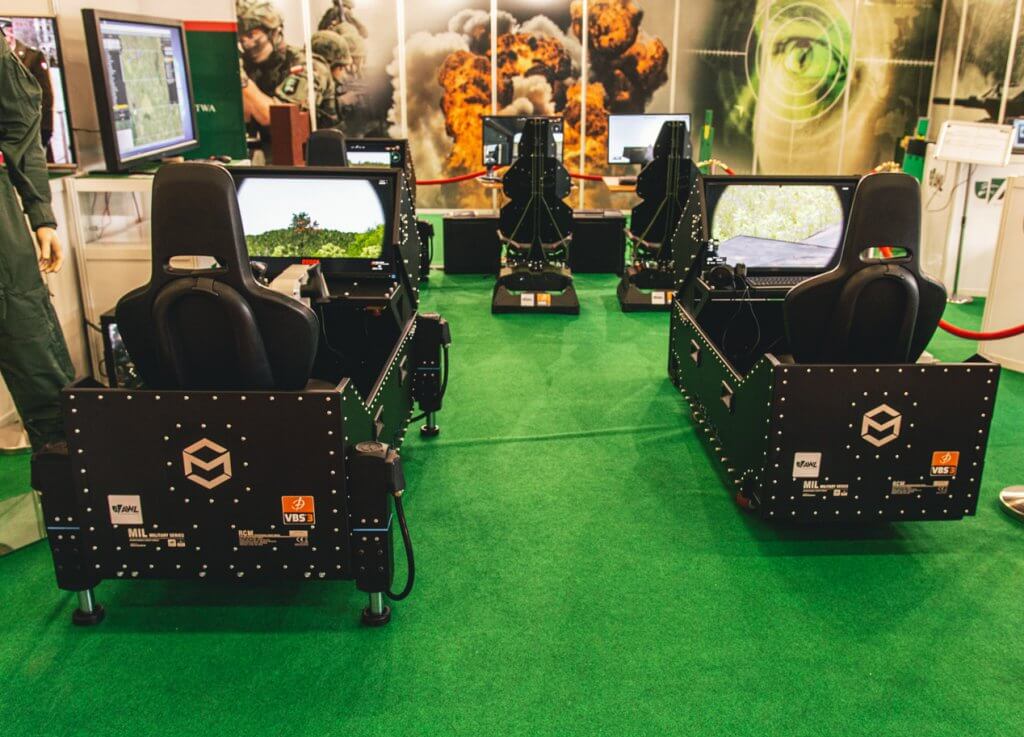 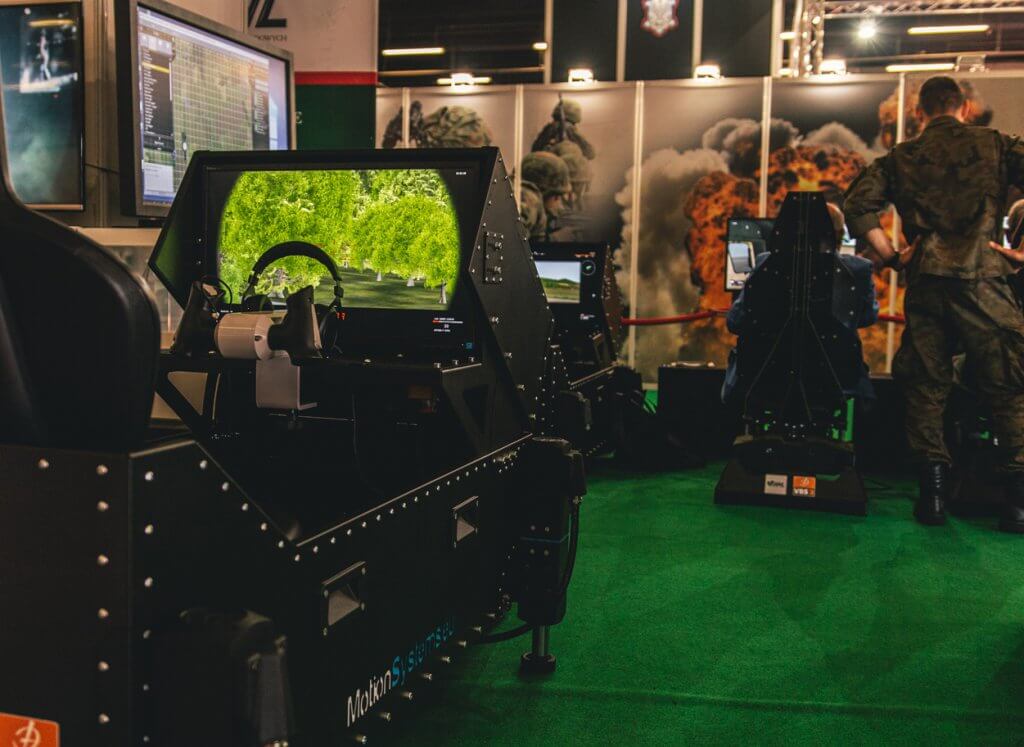 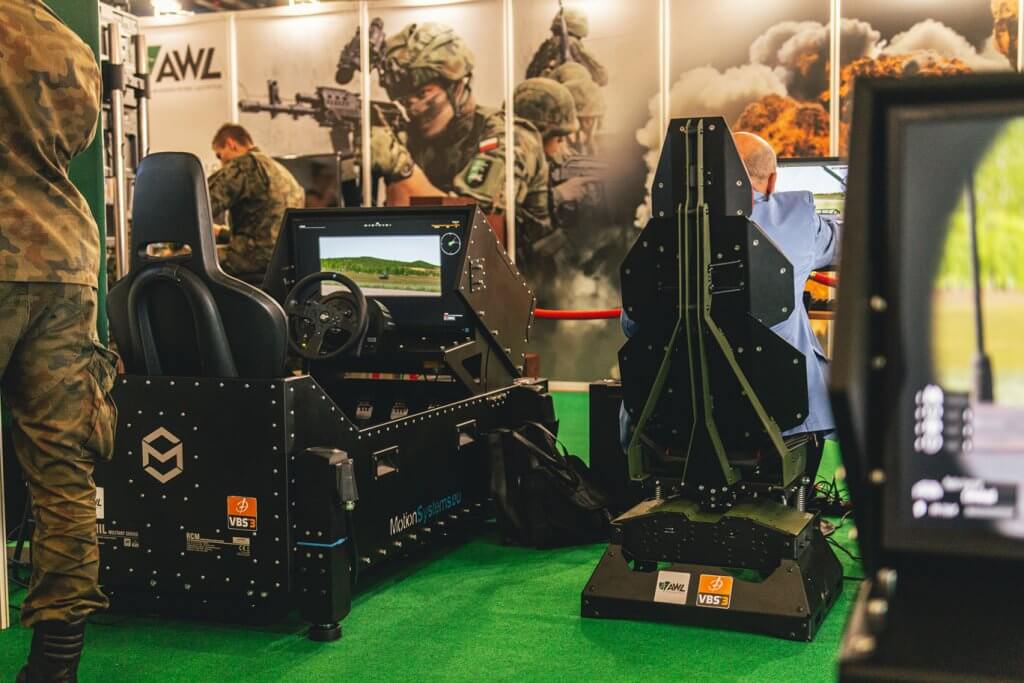 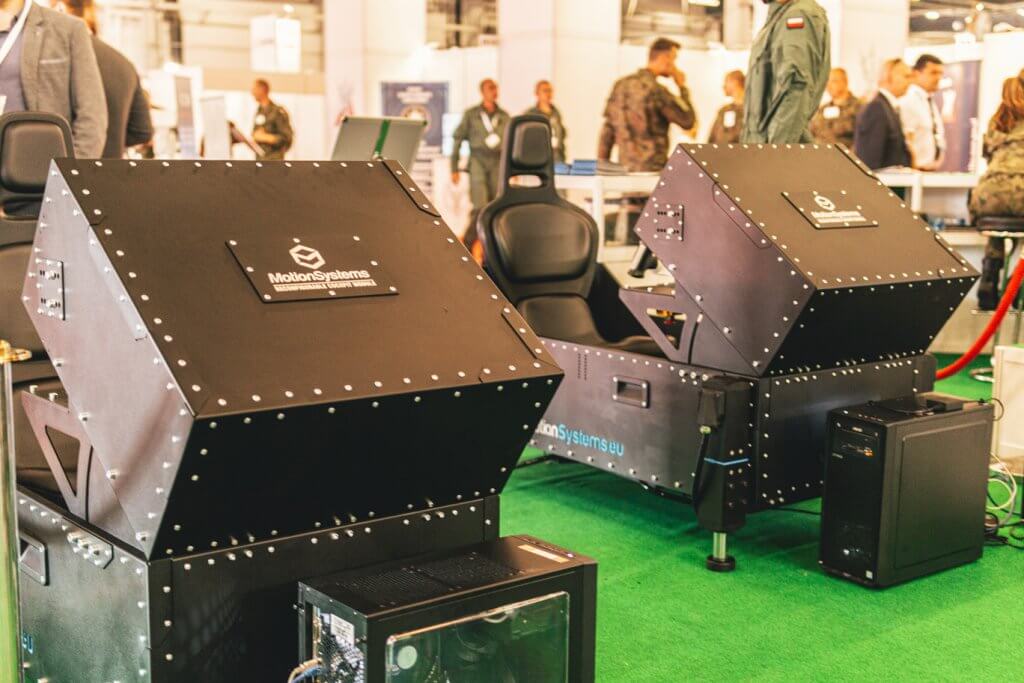 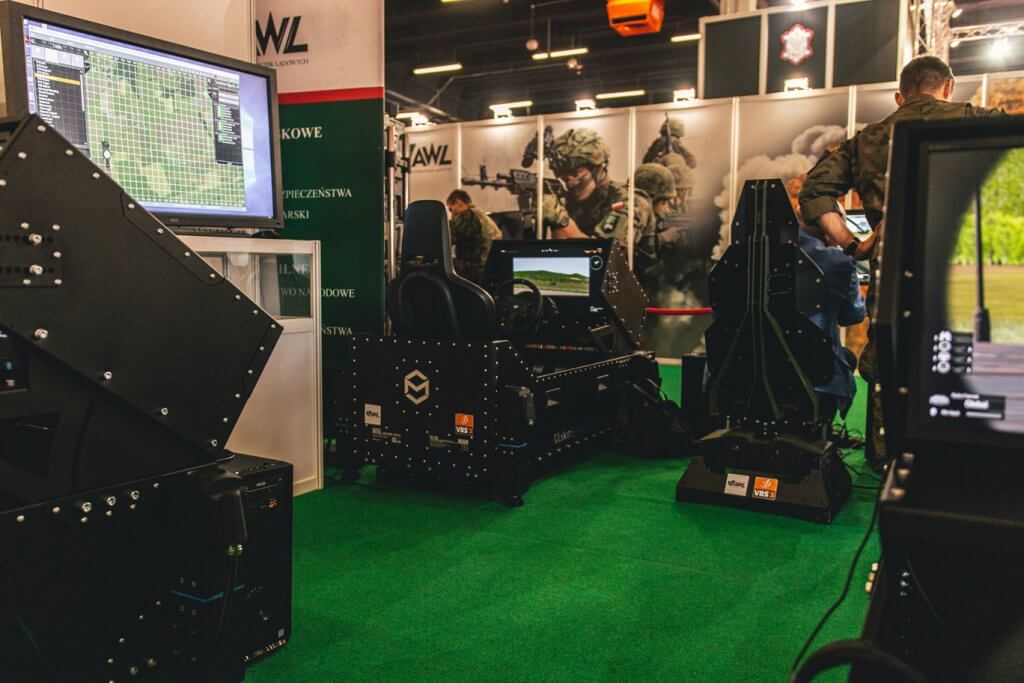 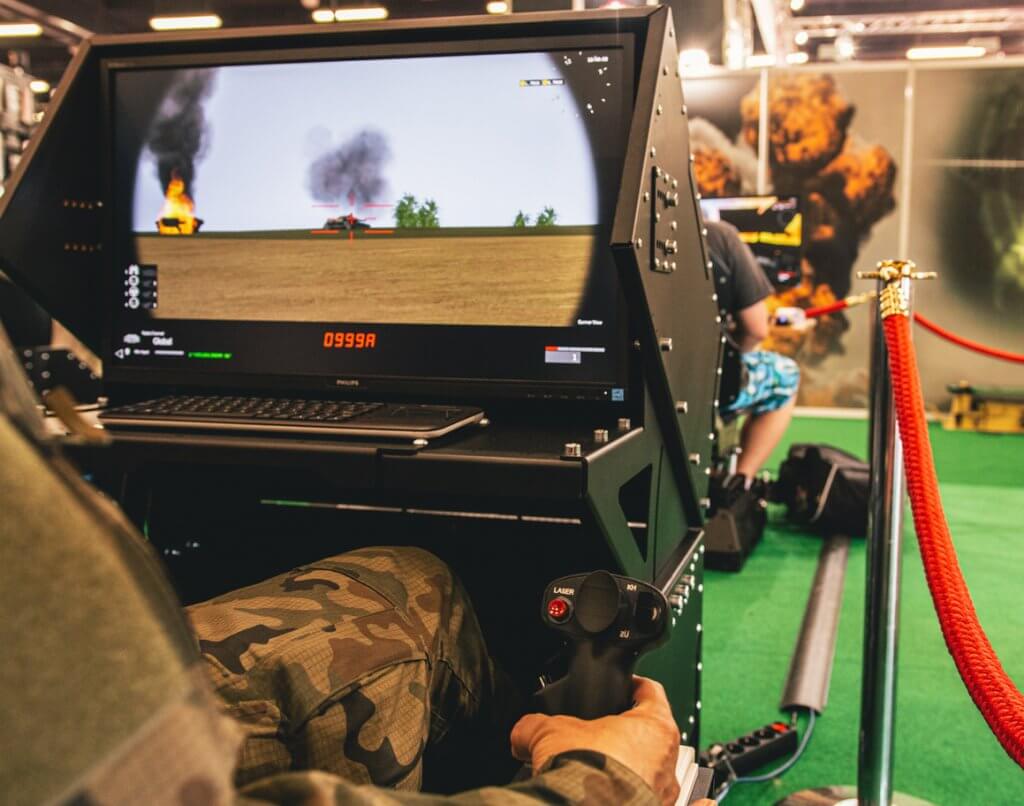 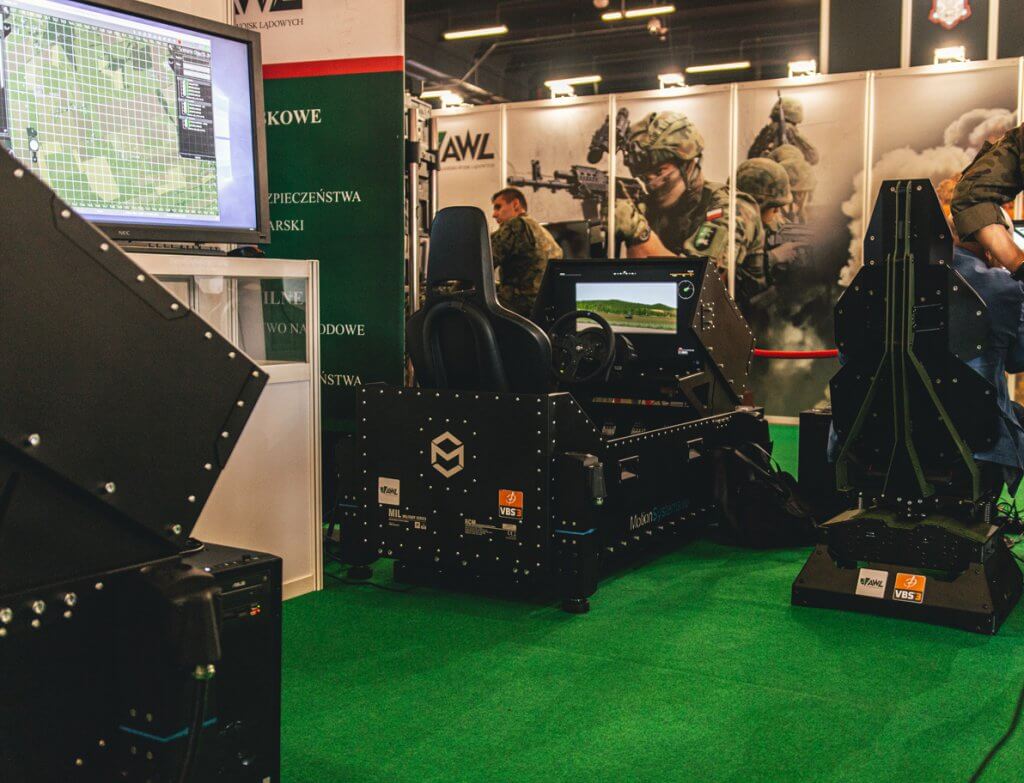 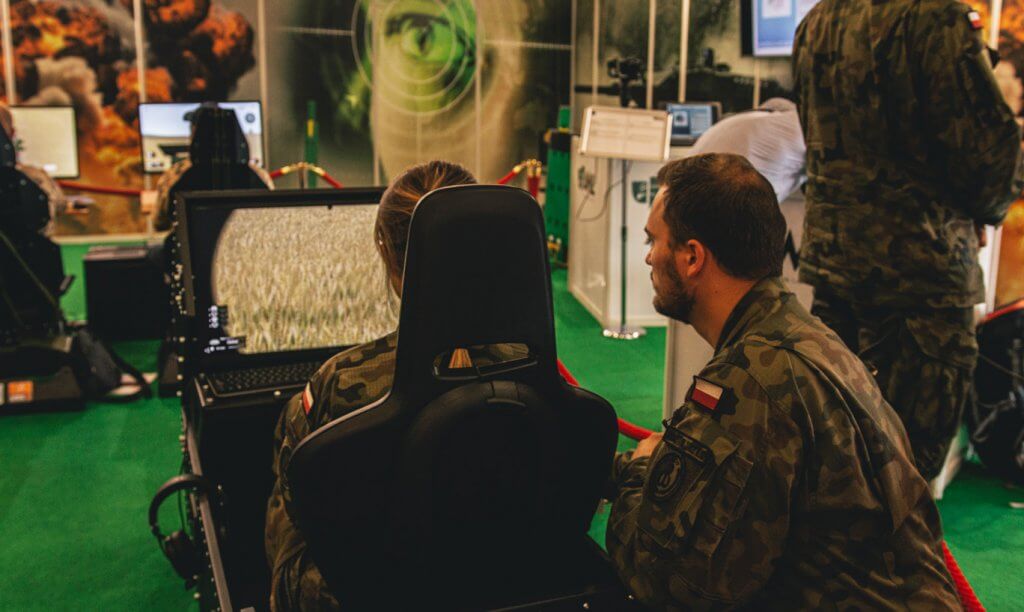 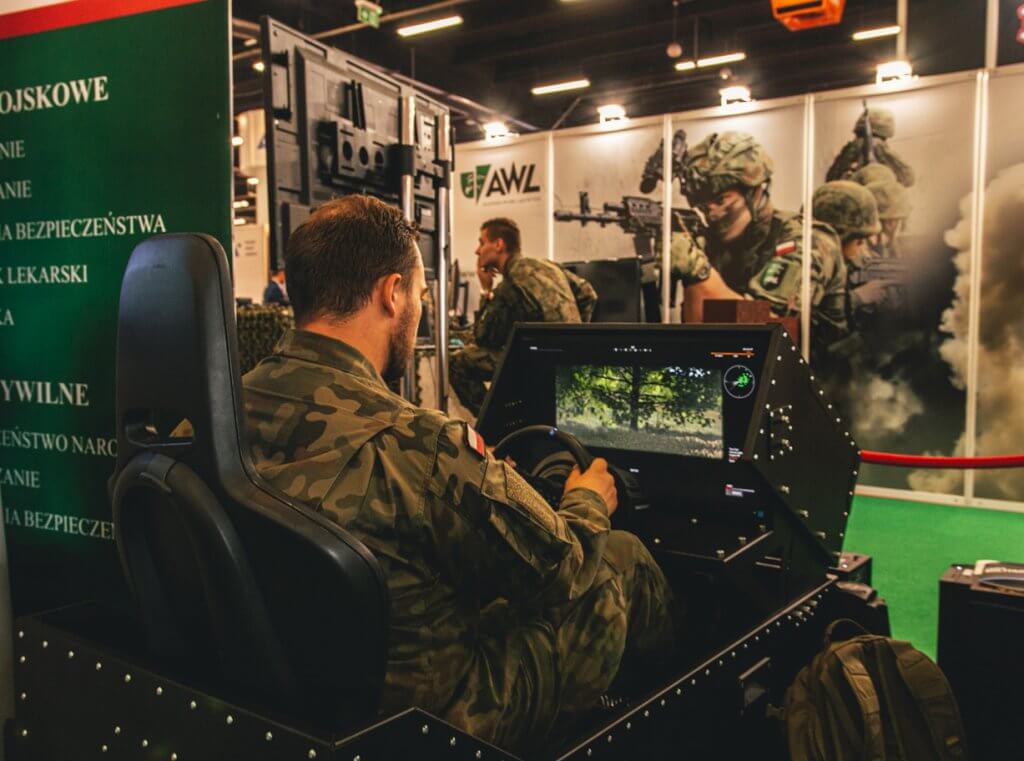 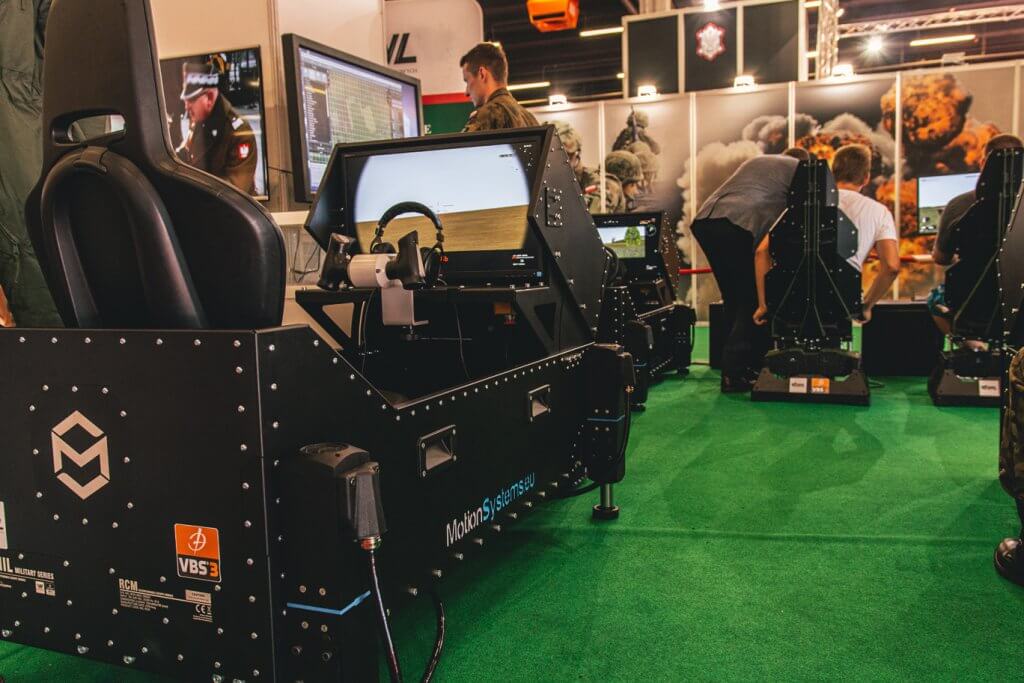 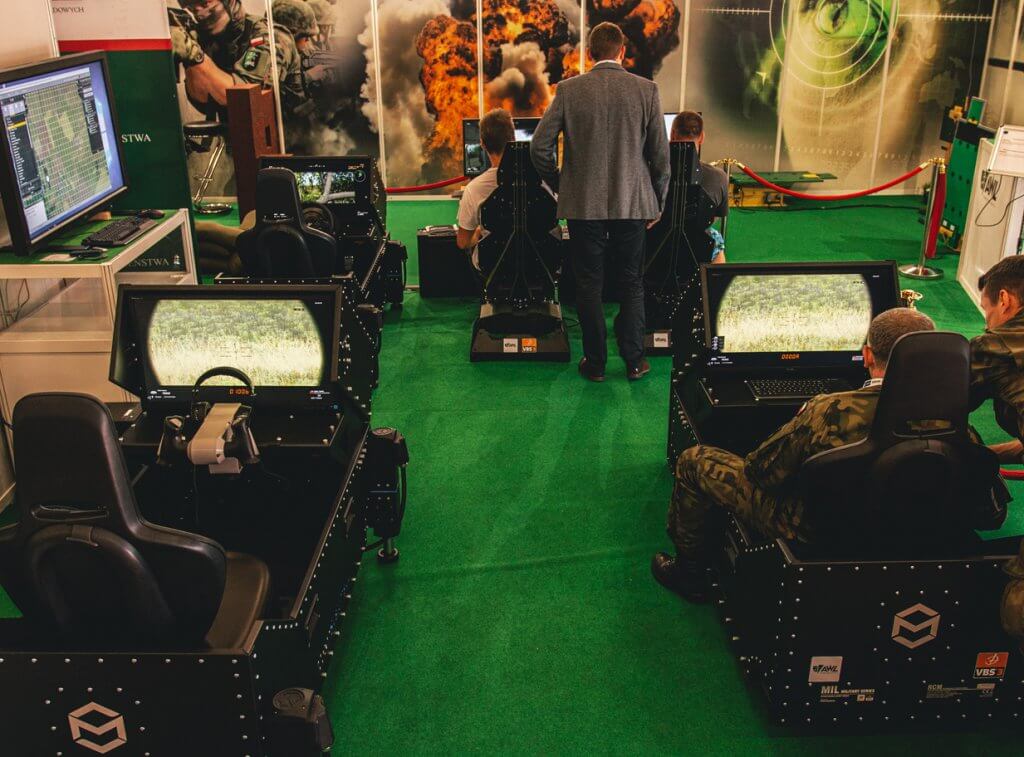 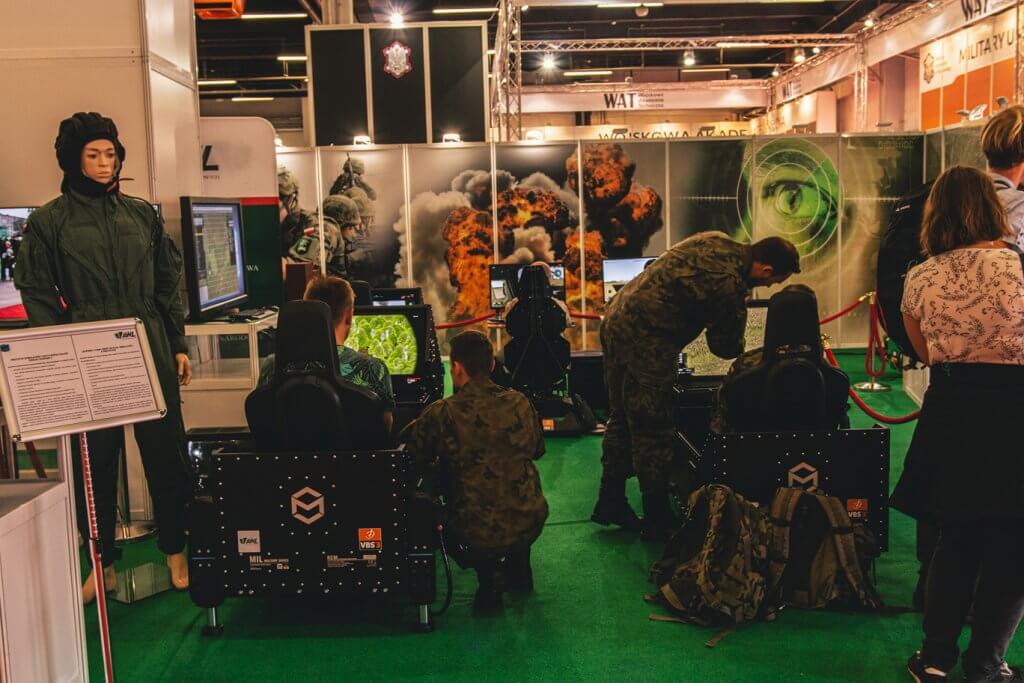 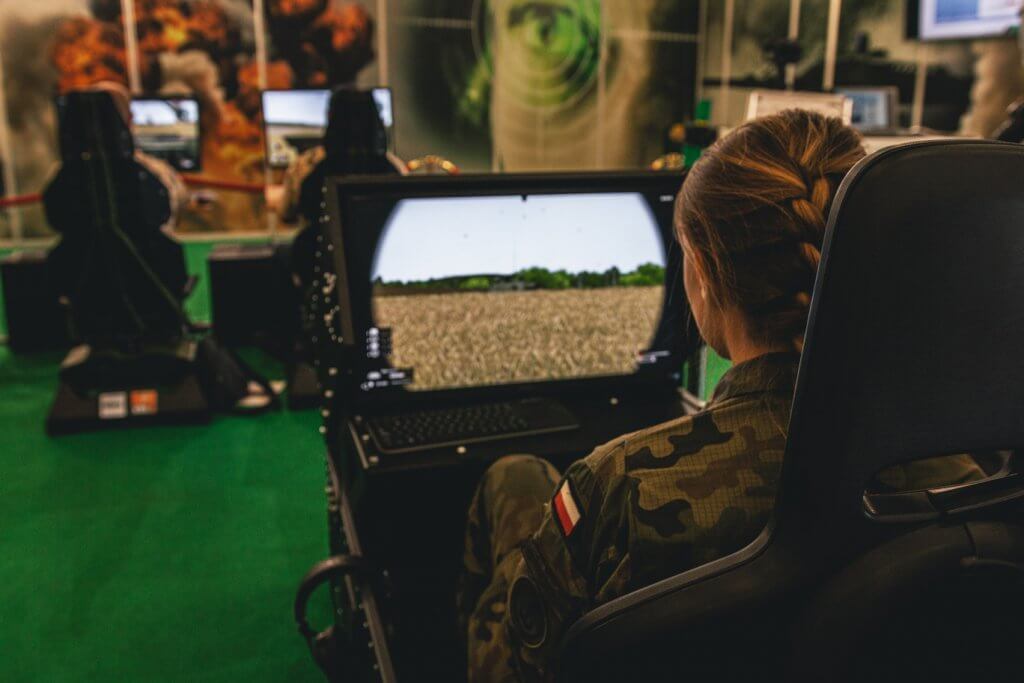 RCM-C420 (Reconfigurable Cockpit Module) is a modular and flexibly configurable training product dedicated for special applications. RCM is a part of the military equipment of the MIL product series. By using a number of expansion accessories, including manipulators and dedicated peripherals, it is possible to quickly build function positions for ground, sea and aircraft systems operators.

MIL-301-S1/S2 is composed of two main products – under seat mover MIL-301 dedicated seat S1 – higher version or S2 – lower version and bottom stand. The product is compatible with crucial mechanical system components, which have made the product fully adapted to the demanding military client.