Viper Wing, a global manufacturer and supplier of flight cockpits inspired by F-16, F-18 and F-35 fighters, engaged Motion Systems to provide the best products into their flight simulators used by professionals and flight enthusiasts. The cockpits are dedicated to both professional customers for pilot training and entertainment purposes.

The main technical assumptions of the fighter simulators were: small size and lightweight body, mobility and ease of transport, and the 200-250 VAC Single Phase power requirements. The above functionalities proved crucial and allowed us to match the right motion system to this application. Fighters jet cockpit simulator is based on 6DOF motion platform PS-6TM-550 with payload up to 550 kg, which is enough to carry the cockpit with equipment and a pilot.

“We are proud to deliver the best multi pilot fighter jet simulator experience, based on leading software available for consumer market. We offer unmatched price to functionality ratio. Fastest delivery and relative ease of maintenance are also very important factors, as we prepare each of our unit with one, built-in, controlling custom PC Workstation.”- Marek Szozda, CEO Viper Wing”

Viper Wing’s simulators perfectly works in VR, AR and MR environment. Thanks to the appropriately selected platform, Viper created a universal tool that, depending on the needs, can be used with XR, but also with the use of a screen with professional 4K laser projector.
The platform allowed us to build a structure that integrates all the elements including the projection surface and the mounting of a large projector. Mixed reality simulation is made possible thanks to Viper Wing’s close collaboration with Varjo – the world’s leading manufacturer of VR and MR headsets – and the integration of the motion platform control software (ForceSeatPM) with the MR headset. In addition, the functionality called VR HeadWay provided with the platform manager software allows users to freely enjoy simulation without symptoms of simulator sickness.

Mixed Reality-based training devices enable pilot and flight enthusiasts to practice more frequently due to their affordability and portability. As a supplement to traditional fixed training devices like dome-based or full flight simulators, VR/MR-based training provides increased repetitions and sets, which helps compress the learning timeframe.

The simulator is the 5th generation, fully physical fighter jet cockpit, mainly used in countries that have F-35 fighters in their units. The F-35 inspired cockpit is delivered as a single unit or as part of a multi-component, networked environment for use in pilot training. The high-fidelity full aluminum cockpits is delivered assembled, ready for take-off, with the fuselage covered in sheet metal and placed on a mobile platform on wheels. A powerful PC workstation is built in and configured. The fuselage is placed on a 6DOF motion platform. In case of several units connected in the network, Viper Wing delivers Administrator’s Command Control Station for management and communication with the pilots.

We are sure that is one of the best implementation of Mixed Reality in flight training. The revolution in the pilot’s training and advanced entertainment is here. 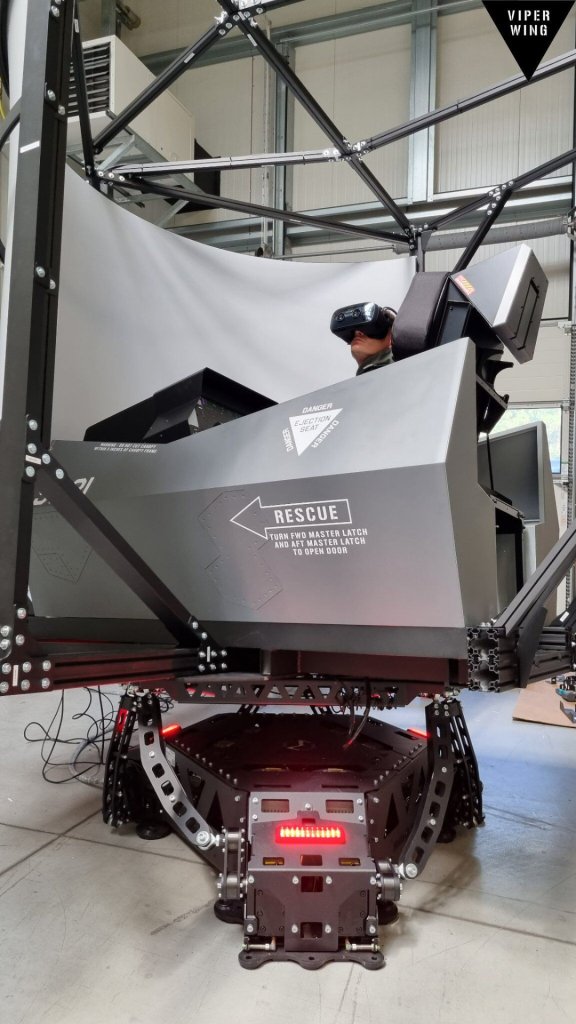 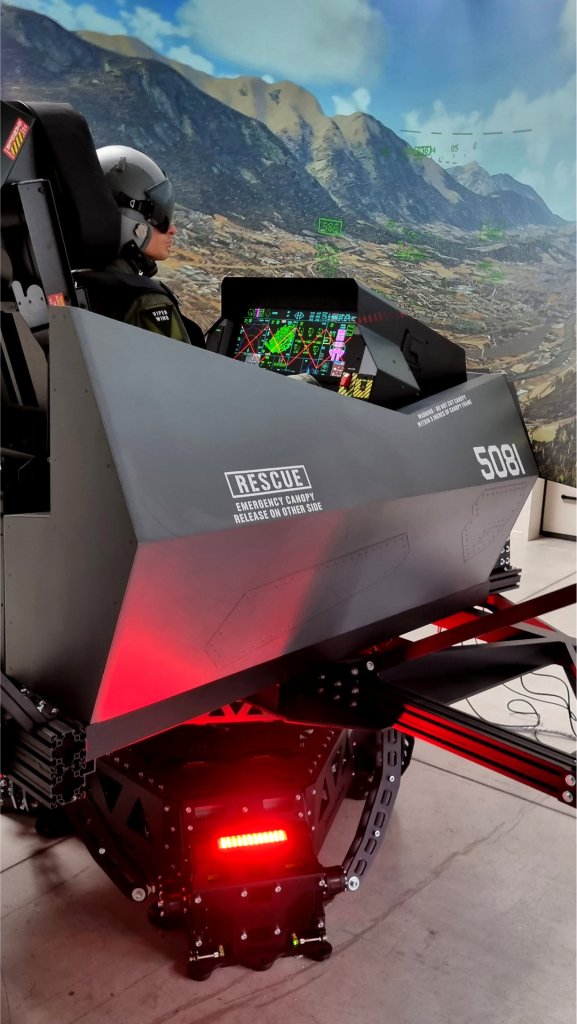 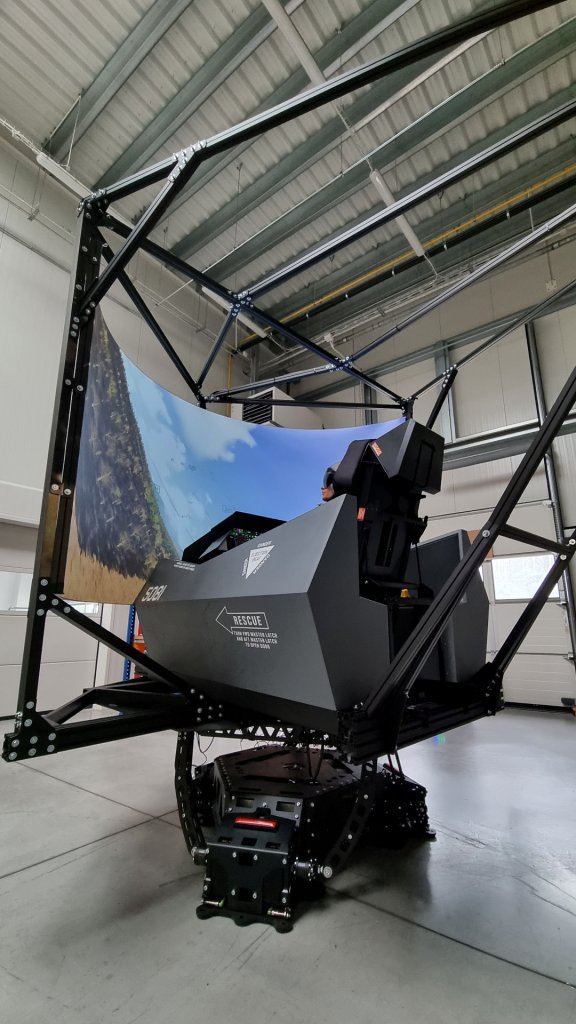 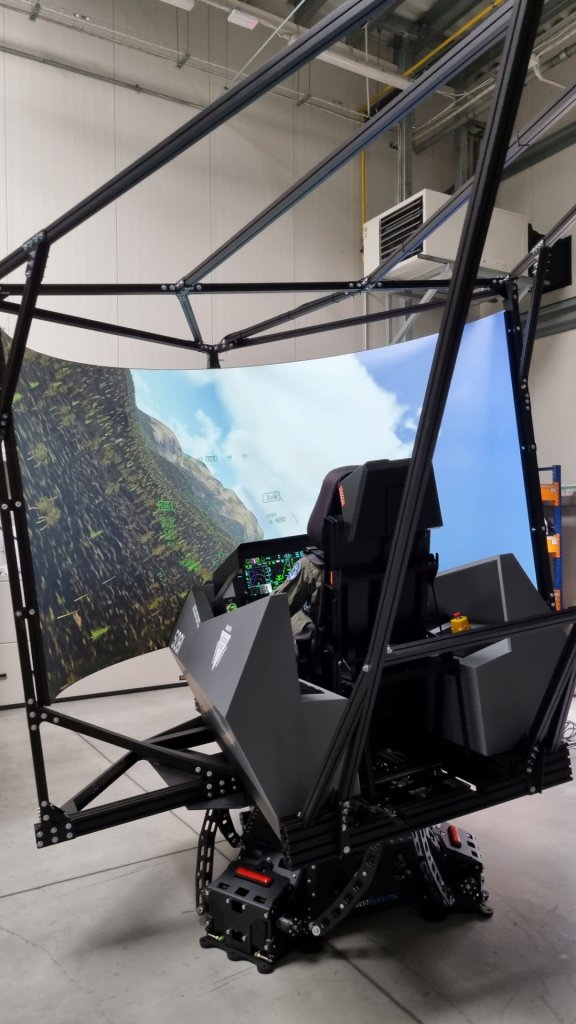 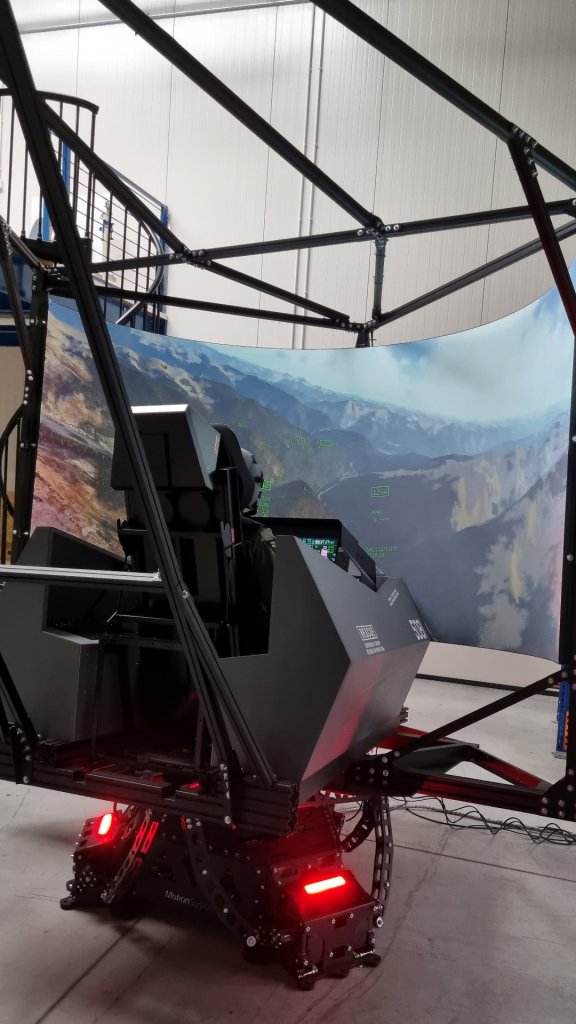 The PS-6TM-550 motion platform is the combination of high tech motion system with perfect look. The platform was considered the most stylish machine of the 6DoF family. Customers choose it not only for aesthetic reasons, but primarily for its low profile design, high ability to generate vibrations and good resistance to momentary overloads resulting from dynamic change in mass distribution which are necessary features in the construction of small and medium cockpits and cabins for simulation.