E-Flight Academy started in 2021 to provide flying lessons in the brand new and all-electric powered Pipistrel Velis Electro (Figure 1 The Pipistrel Velis Electro), making it the first electric flying school in Europe!
This aircraft was specially designed for flight training and makes it possible to train pilots without emitting any greenhouse gasses. Another big advantage of flying electric is that the aircraft is significantly quieter than conventional combustion engine aircraft. To make the flying academy even more environmentally friendly, the company wants to develop a flight simulator training device (FSTD) for the Velis Electro. This simulator must be able to cover a part of the PPL (Private Pilot License) and LAPL (Light aircraft pilot licence) syllabus. This way, less flying is needed, which in the end is the most sustainable option. Students following the PPL course need a minimum of 45 hours and LAPL students 30 but most students need more time to complete their course (overtime). The simulator provides a good solution for students to fly their overtime hours and is already capable of doing this. For the simulator to provide officially EASA (European Union Aviation Safety Agency) certified flying hours, it has to feature, amongst other things, realistic force feel in the primary flight controls (flight control stick and rudder pedals), realistic aircraft flight model, realistic visuals, and motion. With this EASA certification, the simulator allows students to fly five hours of their PPL syllabus on the device.
E-Flight Academy launched this project in February 2021 in cooperation with the University of Applied Sciences Inholland Delft. Here Aeronautical Engineering students were challenged to come up with a simulator that could do the job. 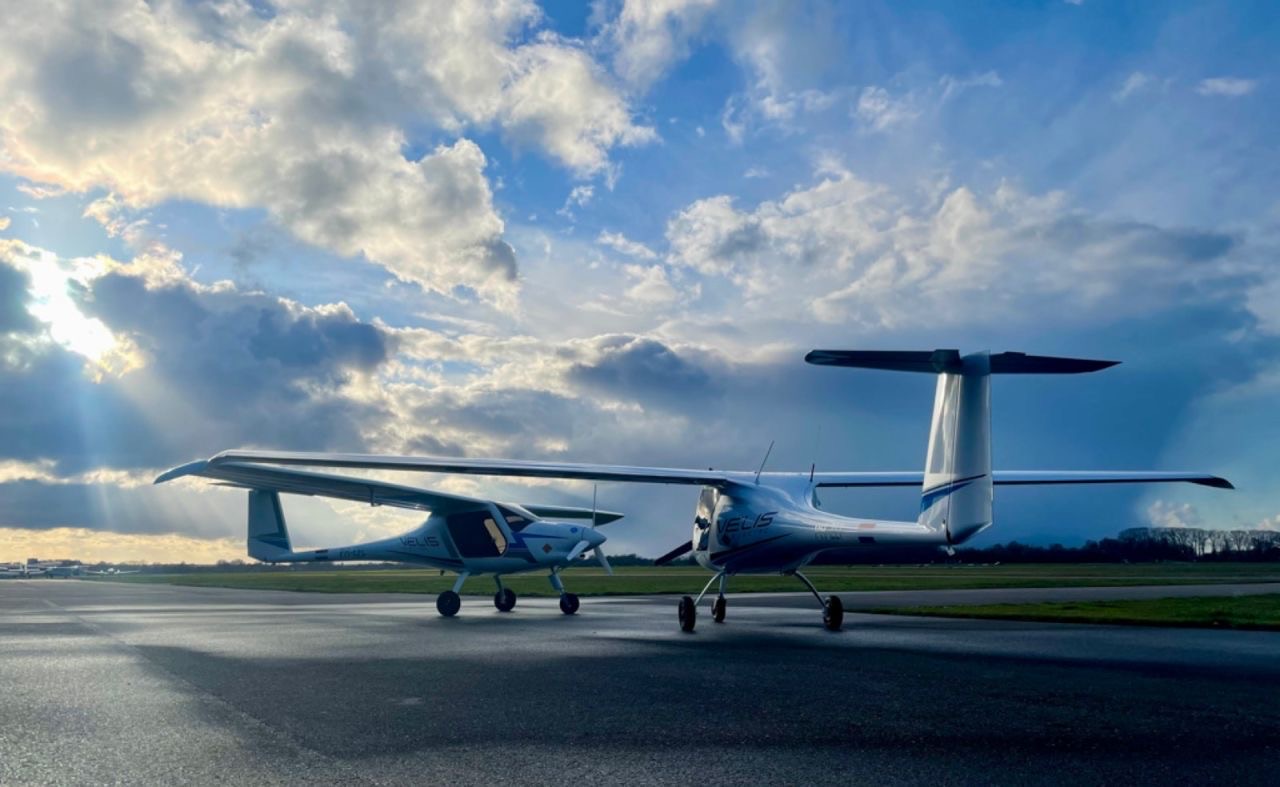 Two groups of students then got to work to design, build, and test (DBT) an FSTD for the Pipistrel Velis Electro that can be used to cover most procedures in the PPL syllabus. The project required to develop control loading, realistic high-quality Virtual Reality (VR), motion base, identical control, seating, and viewing positions. An X-Alpha trainer cockpit arrived from Pipistrel and the DBT groups connected it to a computer and VR headset. Two basic control loading setups were designed but could not be integrated into the simulator yet. After the DBT projects ended in July, the university created a summer team to continue work on the simulator over the summer. During the summer of 2021, the first version of control loading in the flight stick was developed and the simulator was attached to a 3 DOF motion platform from Motion Systems (Figure 2 Attaching the cockpit to the motion platform). Another major improvement will be the implementation of Extended Reality (XR) so the simulator can combine the real world with the virtual world. Extended reality is a combined environment of virtual reality (VR), augmented reality (AR), and mixed reality (MR). This allows the user to have normal interaction with the instrument panel and other controls in the airplane whilst still being immersed in a virtual environment. When implemented, the flight simulator will be the world’s first certified flight simulator using XR. 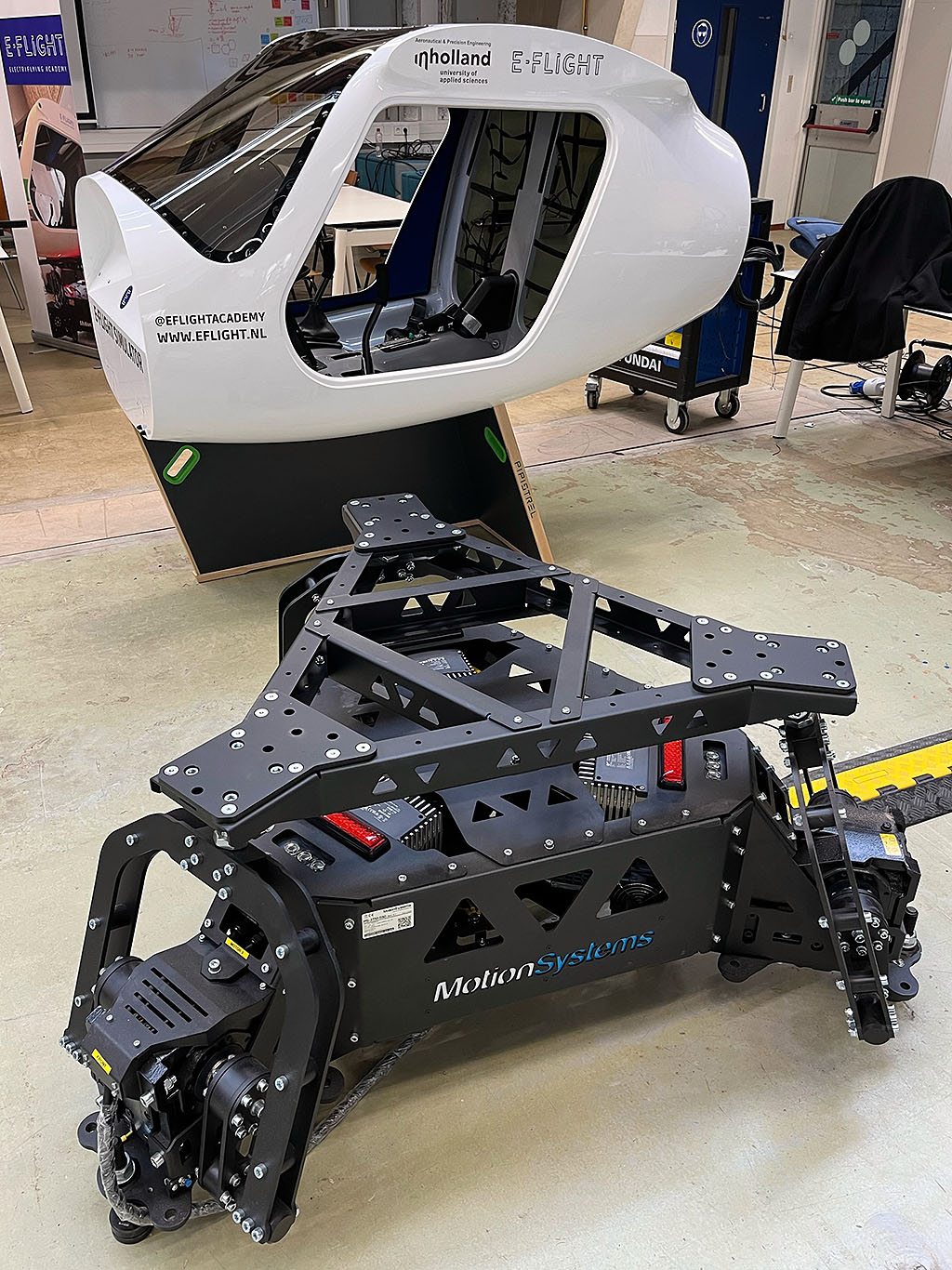 Attaching the cockpit to the motion platform

After this summer project, a graduation assignment was constructed to continue to develop the flight simulator. This graduation project will focus on preparing the simulator for EASA certification. E-Flight Academy wants to start a pilot with EASA and the Dutch ministry of Human Environment and Transport Inspectorate to prove that eventually around one-third of all the flight training can be done in the simulator instead of only five hours. This pilot is planned to start at the beginning of 2021. 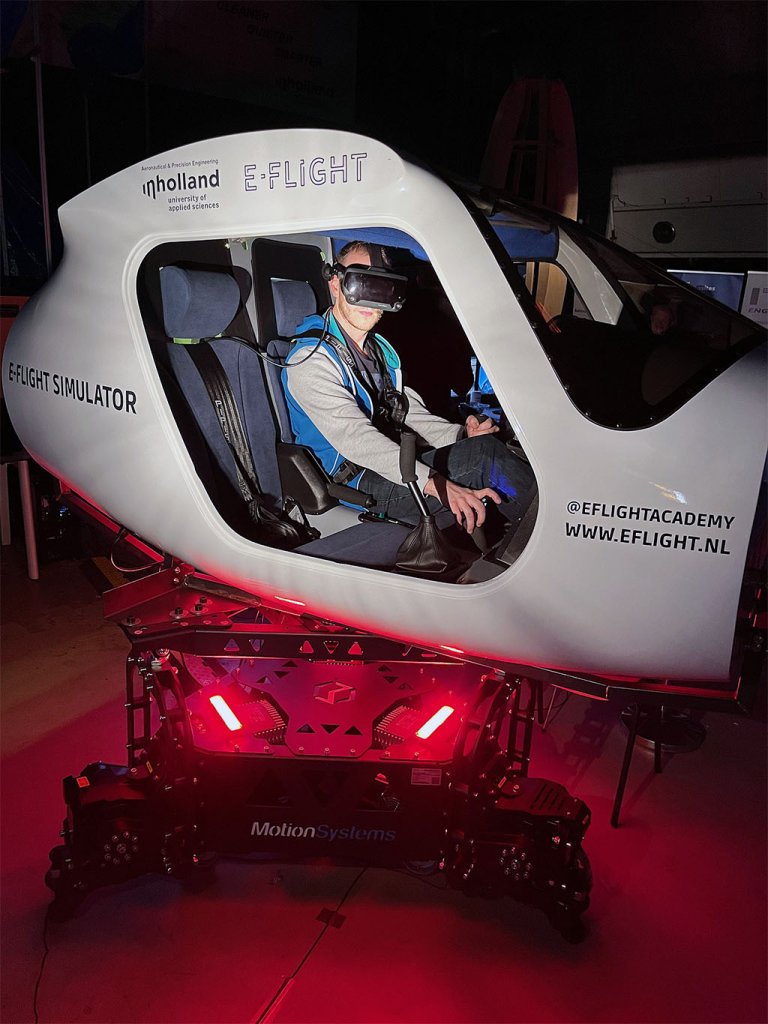 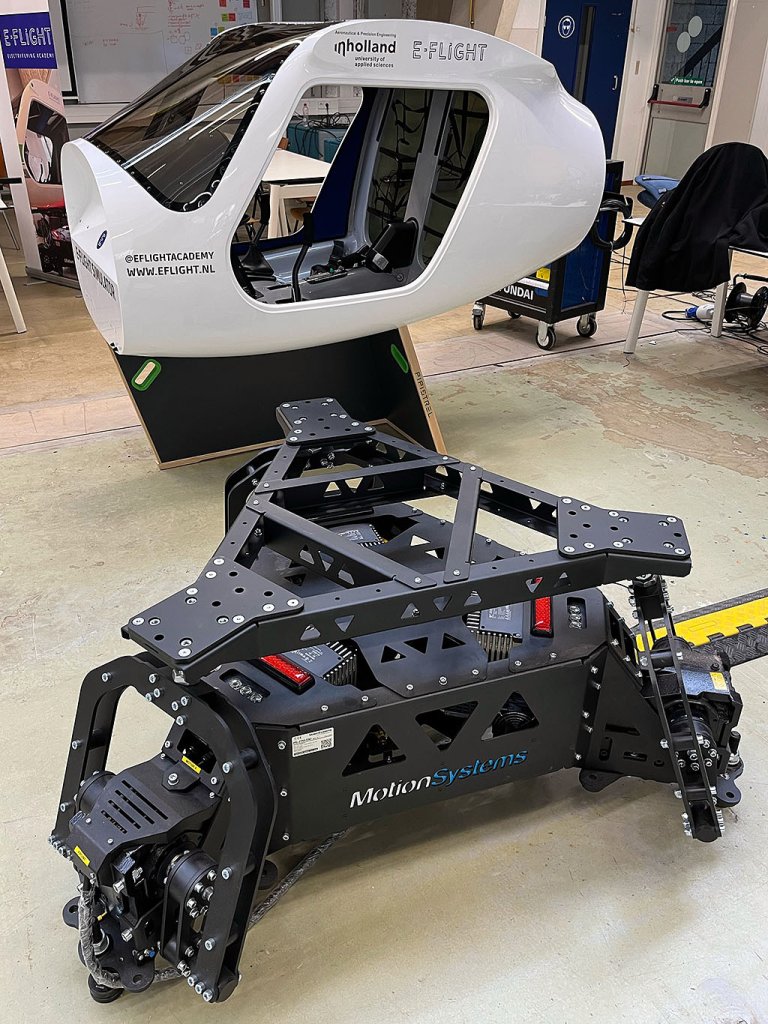 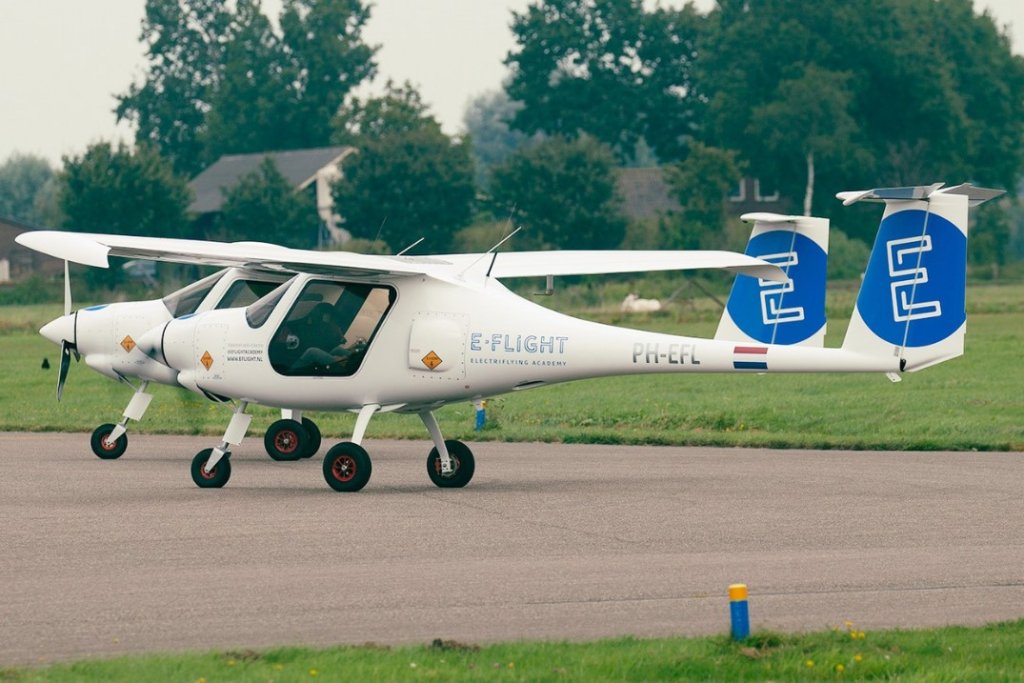 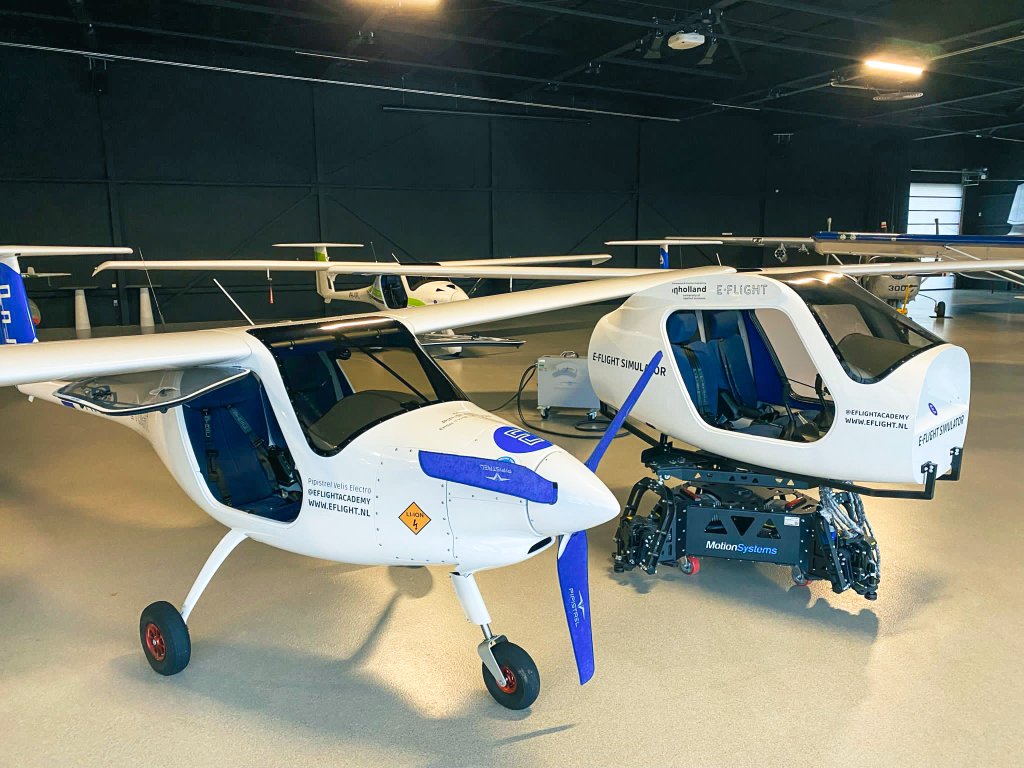 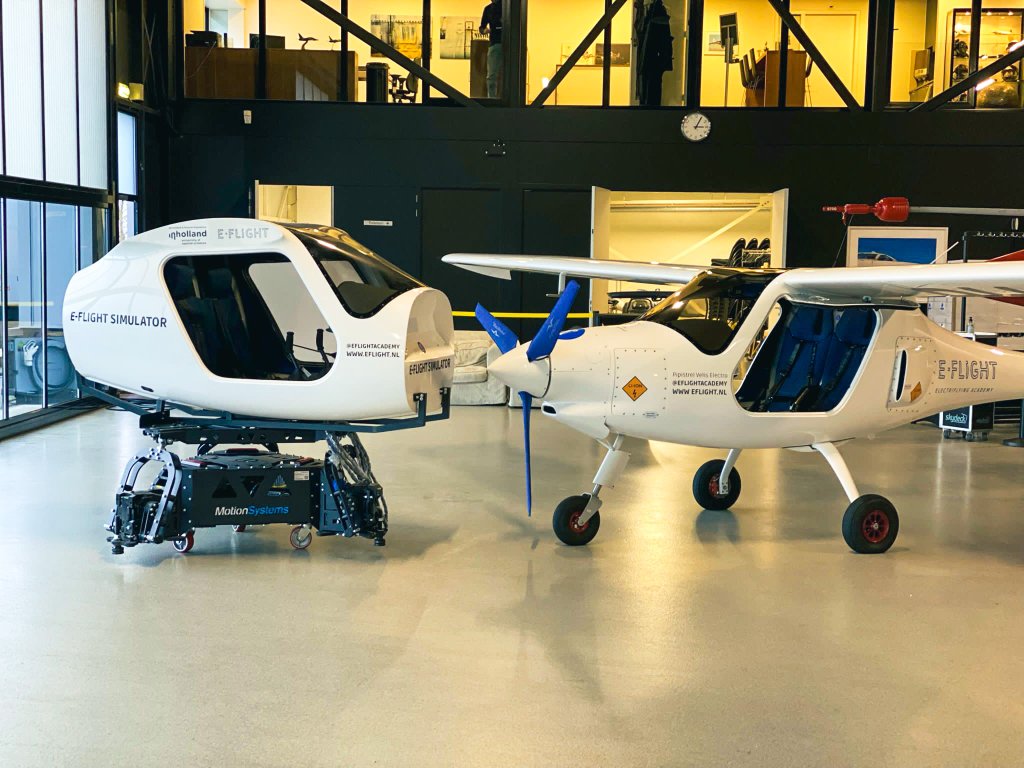 The PS-3TM-550 motion platform is middleweight champion in the 3DoF products family. Motion system was designed for most heavy duty load application where customer requires reliability up to 100 000 working hours. This gives us possiblity of offering service support in machine full life cycle up to 10 years. Used drive technology makes this motion platform one of the most silent solution avaliable on the market.

Customers appreciate this motion platform for its reliability, compact design and impressive movement repeatability. The proven and balanced design allows PS-3TM-550 to work flawlessly in the most difficult systems.