An earthquake simulator was set up at Silesian Planetarium in Chorzow in Poland to give people the chance to test how ready they are for “ground motion”.

The expansion and modernization of Silesian Planetarium in Chorzow is underway. The latest project is enriched by new building with area of ​​over 2.5 thousand square meters. Additional lecture rooms, laboratories, conference rooms and unique educational exposition presenting three different branches of science: seismology, meteorology and astronomy.

One of the attraction of seismology section is the first in Poland full motion earthquake simulator. The facility motion platform with special prepared room on the top, weighting a massive 4 tonnes, is simulated the ground motion of real earthquakes in varying degrees of intensity.

Earthquake simulation applies a real or simulated vibrational input to a structure that possesses the essential features of a real seismic events. Earthquake simulations are generally performed researchers to study the effects of earthquakes on man-made engineered structures, or on natural features which may present a hazard during an earthquake. In this case the simulator acts as a training and educational tool for students visiting the Silesian Planetarium.

This experience is the real feel of being shaken, as during an earthquake. The earthquake simulator comes equipped with furniture as in real house for 10 people and TV screen which enables to watch a projection of earthquake parameters during the simulation.

The earthquake simulation is not only intended to increase the public’s awareness of Earth shakes, but also to demonstrate individual safety behavior and practice in case of earthquake. Precise seismic loading in up to six degrees-of-freedom can be applied to a broad array of test articles to evaluate their behavior under real-world earthquake conditions. The goal is to give people who may have never experienced a strong earthquake the chance to do so, in order to realize they need to be prepared.

The project and construction of the earthquake simulator was commission by Silesian Planetarium with support of general contractor Wikoma company in cooperation with Atomic Systems and Motion Systems.

The electrically driven earthquake simulator is based on 6DoF motion platform PS-6TL-LP2000 with payload up to 2000 kg. The platform’s cabin (room) is furnished with tables, chairs and other movable objects, which are shaking, when the system is moving.

Using real recorded seismic signals and with no risk, visitors can experience the phenomenon of an earthquake.  The PS-6TL-LP2000  truly reproduce real earthquakes: acceleration, frequency and amplitude of vibrations.

The PS-6TL-LP2000 product based on a Stewart platform, which provides highest level of motion sensation and matches unique requirements of customers. The 6DoF motion platform is mainly intended for professional applications in defense sector, flight and driving simulation and entertainment industry. 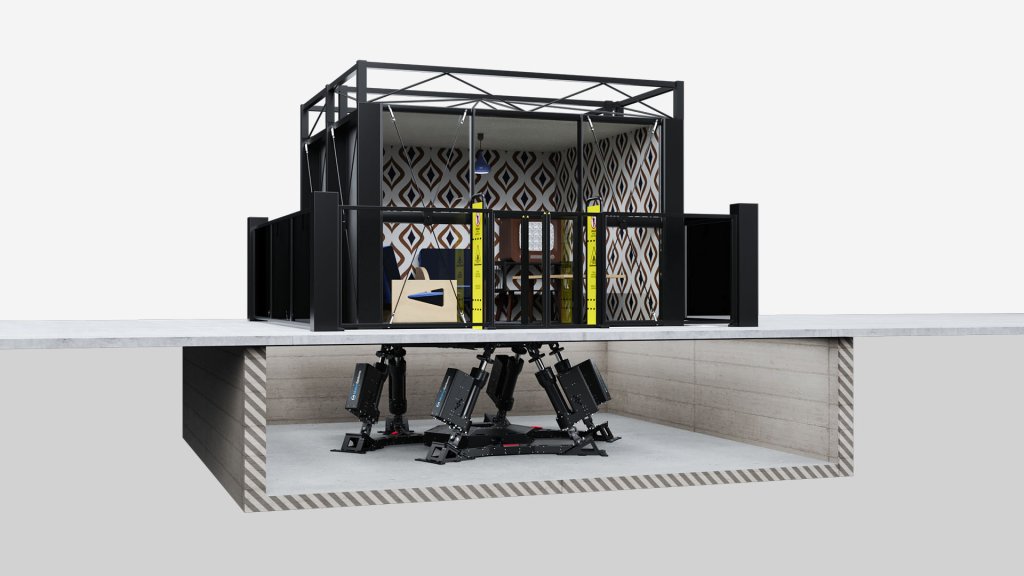 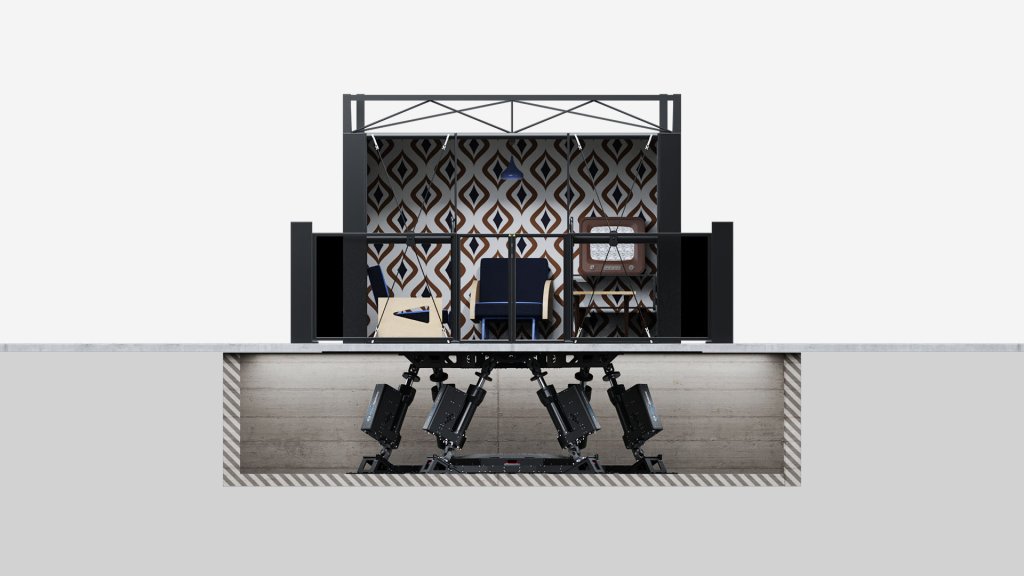 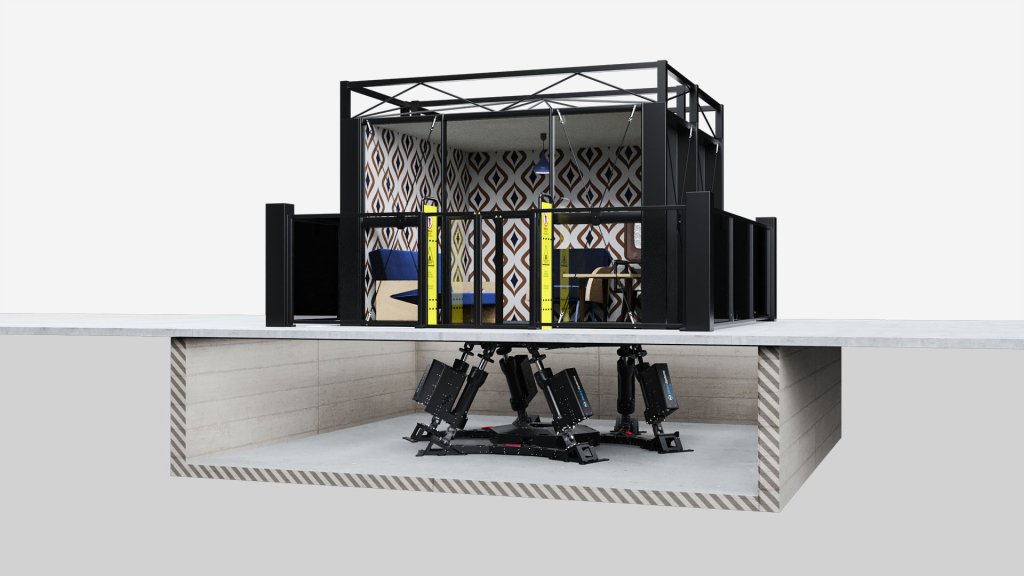 The PS-6TL-LP2000 product based on a Stewart platform, which provides highest level of motion sensation and matches unique requirements of customers. The 6DoF motion platform is mainly intended for professional applications in defense sector, flight and driving simulation and entertainment industry.